The 10 Best Soccer Movies of All Time 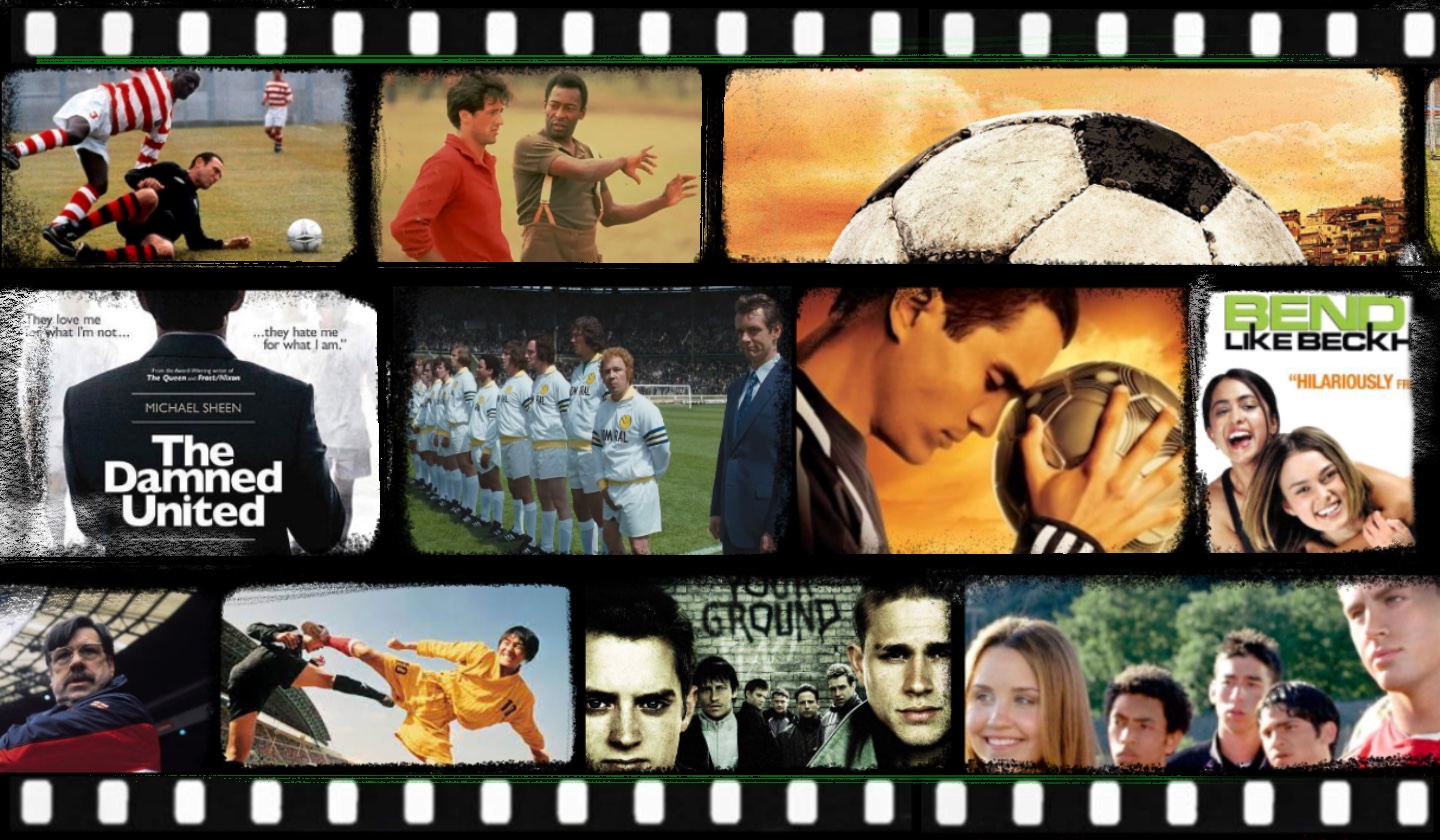 Big soccer fan? Want to see which are the best soccer movies of all time? We have a list that will make you yell out GOAL and also laugh your shorts off! Below is a list of the 10 best football movies and a bonus track of the best soccer documentaries. Here are ten of the best soccer films you will ever see!

The Goal! trilogy was able to gain a big audience as the first installment, Goal! The Dream Begins came out in 2005. The film presented the story of Santiago Munez, a Mexican immigrant soccer player living in Los Angeles, who is scouted by Newcastle United in the United States and signs a contract with the Premier League. The film shows all the challenges involved in the process of becoming a professional soccer player.

The movie has cameo appearances from some of the top players in the world at that time: David Beckham, Zinedine Zidane, Ronaldo, Alan Shearer, Brian McBride, Carlos Bocanegra, Cristiano Ronaldo and Lionel Messi.

This is the continuation of Santiago Munez’s story as the young player is signed by world power Real Madrid, during their Galácticos era. The film deals with the pressures Santiago has to take on to play for such a big club, and shows us what the lifestyle of a major soccer star can be like.

Moviegoers are treated to a lot of the backroom antics of a big club like Real Madrid and can see first hand the importance of the UEFA Champions League. The film features more soccer cameos from: David Beckham, Ronaldo, Sergio Ramos, Roberto Carlos, Ronaldinho, Raul, Michael Owen, Lionel Messi, and Florentino Pérez.

Goal! III: Taking on the World

This one is a substantial shift in the story telling as the Santiago Munez character takes a back seat and the films focus on other characters during the 2006 World Cup. Charlie Braithwaite (Leo Gregory) and Liam Adams (JJ Feild) become the central characters as they look to win the FIFA World Cup for England while Munez represents Mexico. Goal III suffers from yet another directorial change and a plot no fan of the series was expecting, but still has cameos from Wayne Rooney, Cristiano Ronaldo and David Beckham.

While popular, the Goal! trilogy suffers from three directorial changes and a shift in plot in its third installment. Both Goal! and Goal! II can be watched on Amazon Prime Video.

The Damned United is a 2009 British sports drama directed by Tom Hooper. Ittells the true story of coach Brian Clough and his difficult 44 days in charge of Leeds United. Clough was known to have a big temperament, so much so that the players revolted against the manager after a terrible start to the 1974 campaign. The film received huge critical acclaim, but it suffers from inaccuracies regarding what really happened. The film can be viewed on Prime Video (US).

A surprise hit, Bend It Like Beckham was released in 2002. Also a British comedy, it tells the story of an 18-year-old daughter of British Indian Sikhs in London who has a dream of playing football and joins a local women’s team much to the dismay of her parents.

The film was met with critical acclaim and even won an ESPY award! As for the title, until the end of his career whenever David Beckham scored a goal the expression “bend it like Beckham” was usually used. You can watch the movie on HBO MAX.

Green Street Hooligans presents the ugly side of soccer. The 2005 film stars Elijah Wood as a down-and-out American journalism major who is kicked out of Harvard and relocates to London, where he hooks up with a local soccer hooligan firm.

The film takes the viewer through all the horrors of the hooligan life, drugs, fights, alcohol, and near death. Green Street Hooligans is available on Prime Video (US).

The plot follows the 1990s Colombian national team that lifted the spirits of a battered nation but that would eventually be tied indirectly to Escobar and the drug cartels, especially after the murder of Colombian defender Andres Escobar following the 1994 World Cup.

Victory is still one of the most popular soccer movies of all time. The 1981 film stars Sylvester Stallone, Michael Caine, Max von Sydow and Pelé as prisoners of war during World War II. The plot centers around the Allied P.O.W.’s exhibition soccer match against their Nazi imprisioners.

The 2001 Hong Kong sports comedy is about a Shaolin monk and his brothers as they use their superhuman martial arts skills to play soccer and take their knowledge of martial arts to the masses. Shaolin Soccer garnered critical acclaim and won various awards. In the United States the film can be seen on Prime Video (US).

She’s the man is a 2006 movie starring Amanda Bynes, Channing Tatum, Laura Ramsey, Vinnie Jones, and David Cross. It centers around a teenage girl who pretends to be a boy in her brother’s boarding school, and plays on the school soccer team. The film won various children entertainment awards and had mixed reviews. She’s the man is available on Prime Video (US).

Mean Machine is another British comedy starring former soccer player Vinnie Jones. Jones plays Danny Meehan, a famous soccer player who is sent to prison for assault and becomes the leader of a team of inmates who play a game against the prison guards. The film is based on the American movie The Longest Yard and is available on Prime Video (US).

The 2001 comedy is about an underdog English lower division manager who becomes the England manager and is assigned to lead the English to the FIFA World Cup in Brazil. The film focuses on the board room and locker room aspects of football teams and has cameo appearances from Pelé and Ronaldo. Is available on Prime Video (US).

Below is a list of documentaries on great football players every fan can watch and enjoy. So if you prefer to watch a more direct approach to soccer’s most important players and events, keep on reading.

The Netflix documentary focuses Pelé’s career during his time at the Santos football club and at the Brazilian national team, where he won three World Cup titles.

A Netflix documentary that centers around the PSG superstar, from his beginnings in Brazil to his skyrock to fame at Santos, Barcelona, Brazil and PSG,

Critically acclaimed HBO Max documentary focuses on the Argentine’s legendary triumphs while playing for Napoli. It also showcases Diego Maradona’s descent into cocaine use and his out-of-control life in Naples and Argentina.

A look at the career of Portuguese great Cristiano Ronaldo.  You can check it out on Prime Video.

This documentary directed by Alex de la Iglesia was made at the height of Lionel Messi’s career at Barcelona.

A look at the career of one of the best players of the late 90s and early 2000s, French World Cup winner Zinedine Zidane.

These movies are sure to delight soccer fans all over the world. From romantic comedies to dramas to eye opening documentaries, they are some of the best soccer movies ever made.

Watch the latest sports moments with The Highlights app. Sign up to the waitlist to be the first to know when the app is available.