How Many Goals Has Cristiano Ronaldo Scored Throughout His Career?

Cristiano Ronaldo is without any doubt one of the best players in soccer history. The Portuguese star is not only recognized for his success, but also because of his ability to put the ball in the back of the net. How many goals has he scored? Let’s take a look.
Journalist
14 min.
Monday, January 16, 2023
/
Updated
7/13/22 5:45 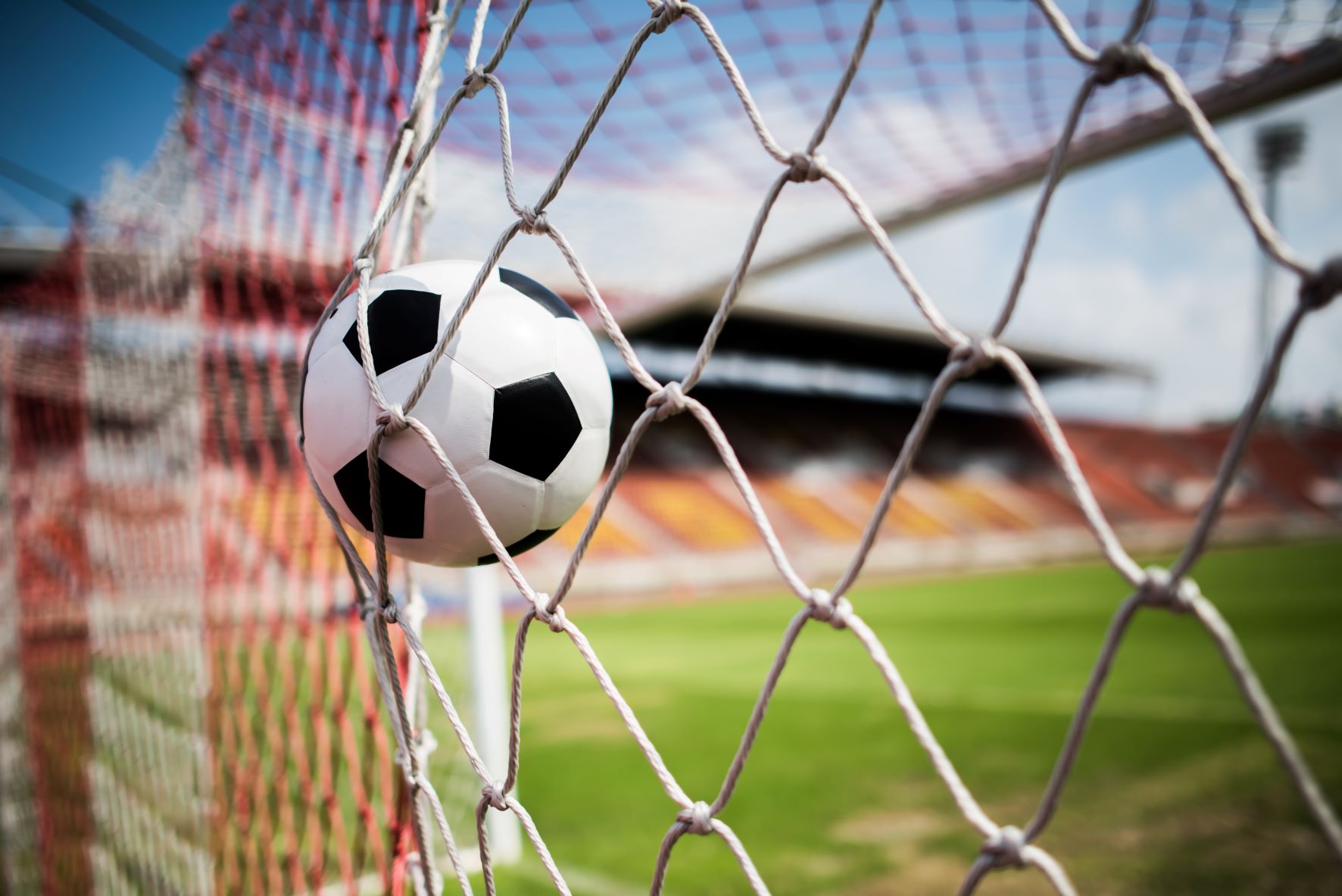 When people think about the most prolific soccer players of all time, Cristiano Ronaldo will come to mind. His career may not be over yet, but the Portuguese megastar has already secured a place in the soccer history books. At the beginning, he faced comparisons with his namesake Ronaldo Nazario. But eventually, he made a name for himself to make clear he had nothing to be jealous of the former Brazil international.

Besides his dribbles, titles, and golden boots won, people will probably remember how often they heard sportscasters say “Ronaldo scores.” Ronaldo’s career has been highlighted not only by the titles or Ballon d’Ors he won, but especially by the number of goals he recorded along the way. How many times has he found the net throughout his career? Let’s take a look!

For a long time, when people talked about the top scorer in the history of the beautiful game, they would think about Pele. That has changed in recent years, as Ronaldo now holds the record both for most club goals and international goals.

FIFA recognizes Cristiano Ronaldo as the leading goalscorer of all time with 815 goals to his name in 1,121 appearances — with a 0.73 goal ratio. That means Ronaldo has more goals than any other star (retired or active), including Lionel Messi and Josef Bican—who amassed an impressive 805 goals from 1931 to 1955. On top of that, Cristiano Ronaldo also holds the record for most UEFA Champions League goals scored with 140, comfortably leading the all-time rankings.

Ronaldo had already made history when he recorded his 700th career goal in an international game against Ukraine a few years back. But even at 37, it doesn’t look like the Man Utd star has any plans of slowing down. So what stops him from reaching 1,000 goals someday?

The Portuguese’s goal scoring ability has become even clearer in those games in which he scored more than once. Ronaldo has scored 60 hat tricks, a world record for active players.

Another interesting fact about Ronaldo’s ruthlessness at the box is his accuracy from the penalty spot. With 144 penalties scored and only 29 missed spot-kicks, Ronaldo has a penalty conversion rate of 83%. Therefore, we’re also talking about one of the most accurate penalty takers in the world. Additionally, Ronaldo has also been a team player throughout his career, providing 272 assists.

Before Sir Alex Ferguson discovered him, Ronaldo was already making an impression with Sporting CP. He may have not recorded too many goals, but he was just a teenager playing with the senior squad. Even so, Ronaldo managed to record five goals in 31 appearances between 2002 and 2003.

Ronaldo took part in his first European competitions, but three appearances weren’t enough for him to find the net. On the contrary, he did score three league goals in 25 Primeira Liga games, while he also netted twice in three domestic cup affairs. But the best was yet to come.

Cristiano Ronaldo rose to stardom in England, where he found at Old Trafford the place he needed to be at in order to unlock his potential. His first stint at Manchester United (2003-2009) was so good that even more than a decade after he left (2021), the Red Devils welcomed him back with open arms.

The number of league, continental, domestic, and league cup titles he won in Manchester are not a coincidence. Ronaldo was a key contributor in each of those successes. The Portuguese icon bagged 142 goals in 330 appearances in his two stints combined (2003-2009, 2021-22).

With 102 goals in 226 Premier League appearances, it shouldn’t be necessary to say that he’s been one of the best strikers the English top-flight has ever seen. Ronaldo also rose to the occasion in the Champions League, producing 22 goals in 60 games. Additionally, Ronaldo also scored 17 goals in 39 national cup appearances, including FA Cup and League Cup games, while he has one goal in two Club World Cup matches.

Real Madrid signed Ronaldo in 2009 for a then world-record fee and he didn’t let anyone down. During his nine-year stint at the Santiago Bernabeu, Ronaldo scored 450 goals in 438 appearances. That’s right, he had more goals than games played. That not only helped him win league titles and international trophies - he scored in two UEFA Champions League finals - but also to establish himself as the top scorer in club history.

That rare feat of having more goals than appearances didn’t seem to be so hard for Ronaldo in Madrid, as he managed to accomplish it both in La Liga and in the Champions League. The Portuguese star scored 311 times in 292 La Liga games, while he racked up 105 goals in 101 Champions League nights.

The rest of his goals in a Real Madrid uniform were split across different competitions. Ronaldo bagged 26 goals in 37 Copa del Rey and Supercopa games, while he also netted six times in six Club World Cup affairs and scored twice in two UEFA Super Cups. He left the club in 2018 after helping Real Madrid win their 13th UCL title against Liverpool.

Ronaldo may have not enjoyed as much success at Juventus as he did with his previous clubs, but in individual terms, it was still a fantastic stint in his career. During his time in Turin, he switched from winger to striker and that let him continue to produce screamers.

With little over 100 goals in just three years (101 goals in 134 appearances), Ronaldo proved Father Time hadn’t caught up with him just yet. While his 14 UEFA Champions League goals were not enough for the Old Lady to win the trophy, it allowed him to establish himself as the most prolific player in the history of the tournament.

However, Ronaldo’s Serie A goals did come in handy, as he helped Juve extend their supremacy in Italy scoring on 81 occasions in 98 league games. The national cup affairs weren’t the exception, though, with Ronaldo bagging 6 times in 12 games.

Just like he did at the club level, Cristiano Ronaldo has also proven to be merciless at the international stage. His 117 goals in 189 appearances for Portugal are a world record, improving the tally of other superstars in football history such as Ferenc Puskas.

Ronaldo helped Portugal win their first ever international title in a memorable Euro 2016 campaign. For instance, he scored the opener in a crucial win over Wales in the semi-finals. Three years after that European Championship success, he contributed to Portugal’s triumph in the UEFA Nations League. In European competitions, he recorded 52 goals in 69 appearances, including UEFA Euro qualifiers, European championships, and other continental competitions.

Ronaldo also put the team on his back to help it qualify for the last four FIFA World Cups.  In 68 games across World Cups, World Cup Qualifiers and playoffs, Ronaldo scored 45 goals. Not all of them were that pretty, but he produced some memorable screamers, like his free-kick goal against Spain in Russia 2018. Additionally, Ronaldo found the net 20 times in 52 international friendlies.

Who has more goals, Messi or Ronaldo?

Needless to say, we are talking about one of the most lethal forwards the game has ever seen. The numbers speak by themselves. But at the end of the day, what people usually ask is who has scored more, Messi or Ronaldo.

The answer is simple, Cristiano Ronaldo has more goals than Lionel Messi. As we’ve mentioned before, Ronaldo is recognized by FIFA as the top scorer of all time. He’s above any other soccer player in that department, including the former Barcelona star.

While Messi is stronger at the playmaking aspect (he has more assists and chances created), Ronaldo is more prolific. The Argentina national team star has 769 official goals to his name, being 46 goals shy of the Portuguese. Messi, however, has a better career goal ratio (0.79) than Ronaldo (0.73). The Barca legend also has two more Ballon d’Ors won (Messi has six, Ronaldo four).

So it’s not like Messi can’t brag about his ability to score, but Ronaldo can show off an even better record. Last season, for instance, Ronaldo found the net on 24 occasions, while Messi scored 11 times. Another area where the Manchester United striker has the edge on the PSG winger is in hat tricks scored in their careers. Ronaldo has 60, while Messi has 56.

Older generations usually talk about Pele, Alfredo Di Stefano, or other players that caught their eye back in the day. Cristiano Ronaldo did what anyone would want to, which is to write history and put his name next to those legends. From now on, we cannot talk about soccer without mentioning the top scorer of all time.

Discover Cristiano Ronaldo’s goal scoring capacity in his prime and watch the latest sports moment with The Highlights app. Sign up to the waitlist to be the first to know when the app is available.