International Friendly Soccer: What Is It Played for?

What is an international friendly in soccer? Friendly games or exhibitions break down as follows: 90 minute games where clubs and national teams use said game to test players, tactics, and depth. Here is an overview of what goes into international friendly soccer games.
Kelvin Loyola
Journalist
12 min.
Monday, January 16, 2023
/
Updated
6/14/22 10:46 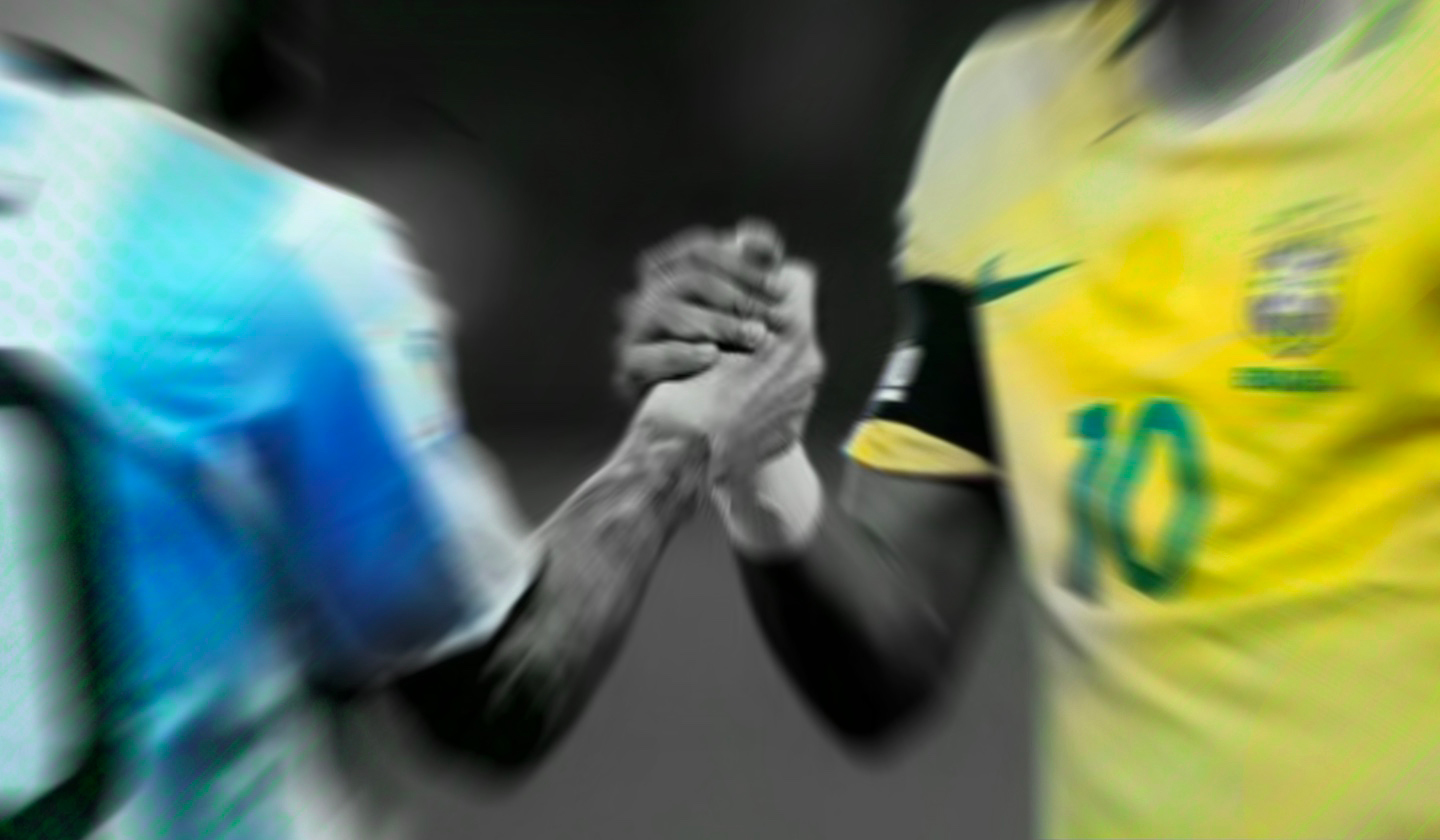 What is an international friendly or exhibition match in soccer? Well, international friendlies or simply known as “friendlies” are games played for the purposes of exhibitions, preparations, or games designed to generate revenue. An example of this are all the World Cup 2022 warm-up games national teams are about to play in the lead up to Qatar 2022. Below we review everything that goes into preparing friendly matches in soccer.

What Is an International Friendly Soccer Match?

As it was explained before, a friendly is a non-competitive match that follows all the guidelines of a meaningful game. Friendlies are played in full, they last 90 minutes, and depending on the type of friendly 5-10 substitutes could be allowed. Games could end in a draw or if need be they can be decided on penalty kicks.

An international friendly is a game that pits two clubs or national selections from against each other. Think a World Cup preparation match between England and Mexico, or a pre-season game between Real Madrid and the Seattle Sounders. International friendlies are designed to be competitive.

What’s the Point of Friendly Matches?

On the surface friendlies are designed to prepare a national team or club team for an upcoming tournament or long season. In the lead up to the FIFA World Cup, many national teams play other countries to prepare for their group stage games of the World Cup. For example, in their preparation for Qatar 2022, the USMNT will play Morocco and Uruguay, while Brazil will have a preparation match against Argentina.

Friendlies in soccer usually help aid teams and coaches test their team’s potential against a certain caliber opponent. For instance, the USMNT plays almost 90% of their matches in Concacaf —meaning they play Guatemala, Costa Rica, Honduras and Jamaica, not exactly world beaters. Friendlies against Belgium, England, Netherlands, Itay, or Germany could help the USMNT prepare for the much harder tests they will face at the FIFA World Cup or Copa America.

In these exhibition games a coach is able to test tactics, evaluate player performances, and go over how their starting XI might look during the course of the season. Usually friendlies are used to break players into a national team set-up or introduce a new million dollar signing to a team like Bayern Munich, for example.

While good in spirit, friendlies are also used as a way to generate revenue for the promoter of those games. For example in the United States the Mexican national team plays more friendlies on American soil than their own home country. This is due to the fact that El Tri’s marketing rights in the USA are owned by SUM, Soccer United Marketing, and pays the federation a lot of money to host nearly all their friendlies in the USA.

The Rules of Friendly Soccer Matches

Rules for exhibition or international friendlies vary a lot, but usually matches that involve a national team or clubs last the regular 90 minutes. Some friendly matches are known for going to penalty kicks and even some have gone to MLS style shootouts.

Friendlies are also known to try experimental rule changes to the game or try new technology, for example in MLS All-Star games the referee will wear a camera or the goalkeeper will be mic'd for broadcast purposes. Some players have even worn cameras as a way to better viewing experiences.

Here is a list of items to consider when watching an international friendly match in soccer:

What are preseasons in soccer?

Before the start of every season, be it in the Premier League or Serie A or Major League, soccer teams prepare for their seasons either by playing practice scrimmages or full 90 minute games. National teams usually play friendlies to prepare for upcoming World Cup qualifying games, regional tournaments like the Concacaf Gold Cup or Euro Cup, or the FIFA World Cup.

Club teams usually play friendly matches before the start of their upcoming seasons. For example, in preparation for the Premier League, Manchester United will usually tour a certain country and play opposition from that country; or if in the United States, for example, they will usually play another top team. It is not common in markets like the United States, Middle East, or Asia for major club teams to play each other for the purposes of preseason and marketing.

Preseasons help in conditioning and, as mentioned before, in practicing new tactics and set pieces. For example, if PSG played Juventus or Chelsea in the United States, besides preparing them their french league season, these kinds of games also prepare them for the UEFA Champions League they will play during the year, where competition is extremely high.

In order to prepare for Nations League or other major national tournaments like the Gold Cup, FIFA World Cup, Copa América, and Eurocopa, national teams try to play against teams that will most closely resemble who they will play in major tournaments. Example: if the United States has been drawn with England at the World Cup, the USMNT will try to play a major competitive nation like Italy, and maybe then Scotland who may play in a similar style to England.

Besides watching a friendly tournament to see how a certain soccer team may be facing up as they head to their competitions, they can also be tourist attractions during the summer months.

Here is a list of famous friendly tournaments for clubs:

Originally a cup competition to start each European season, the competition’s format has changed over the years. Teams like PSG, Barcelona, New York Red Bulls, Real Madrid, and Manchester United have participated. The tournament was abolished due to the COVID-19 pandemic.

The Audi Cup is a two-day preseason tournament that features four teams, hosted by Bayern Munich. Teams that have participated include Barcelona, Boca Juniors, AC Milan, São Paulo, Liverpool, and Napoli, among others.

The Joan Gamper Trophy is a preseason game where Barcelona plays an international opponent before the start of the season. Notable opponents include Santos of Brazil, Juventus, Leon of Mexico, Boca Juniors of Argentina, Arsenal of the Premier League, Parma of Italy, and PSV of the Netherlands.

The Santiago Bernabéu Trophy is a preseason game where Real Madrid plays an international opponent before the start of the season and unveils their new squad for the year. Real Madrid have faced AC Milan, the MLS All-Stars, Peñarol of Uruguay, River Plate of Argentina, UNAM of Liga MX, and Millionarios of Colombia.

When it comes to national teams there are no yearly tournaments of any kind. There are usually FIFA dates where the friendlies take place. At one point the USMNT did have the US Cup, where they played national teams at various points in the year, but with the new fixed international calendar, that cup was discontinued.

Some of the most famous or memorable friendly matches that took place was in 1995 when England took on Colombia in a match at Wembley stadium. During the 0-0 match Colombian goalkeeper René Higuita performed his famous scorpion kick when intercepting a ball in his penalty area.

In 2012 Zlatan Ibrahimovic would score four goals against England in a friendly, but the fourth goal was something to write home about, as the Swedish striker karate kicked a goal from outside the penalty area as Sweden defeated England 4-2.

In 2012 in a sold out MetLife Stadium in New Jersey, Lionel Messi would score a hat-trick against Brazil in a 4-3 victory for Argentina. Friendlies also serve as a way to celebrate a player that is transferring out of a club or retiring, Pelé, when he retired from soccer, played his final match by playing one half for the New York Cosmos and Santos of Brazil, his only two club teams.