Who is Kylian Mbappe? The French striker is one of the best soccer players in the world. He is currently playing for French powerhouse PSG and is a star on the French selection. Here is everything you need to know about him.
Journalist
12 min.
Monday, January 16, 2023
/
Updated
8/3/22 8:30 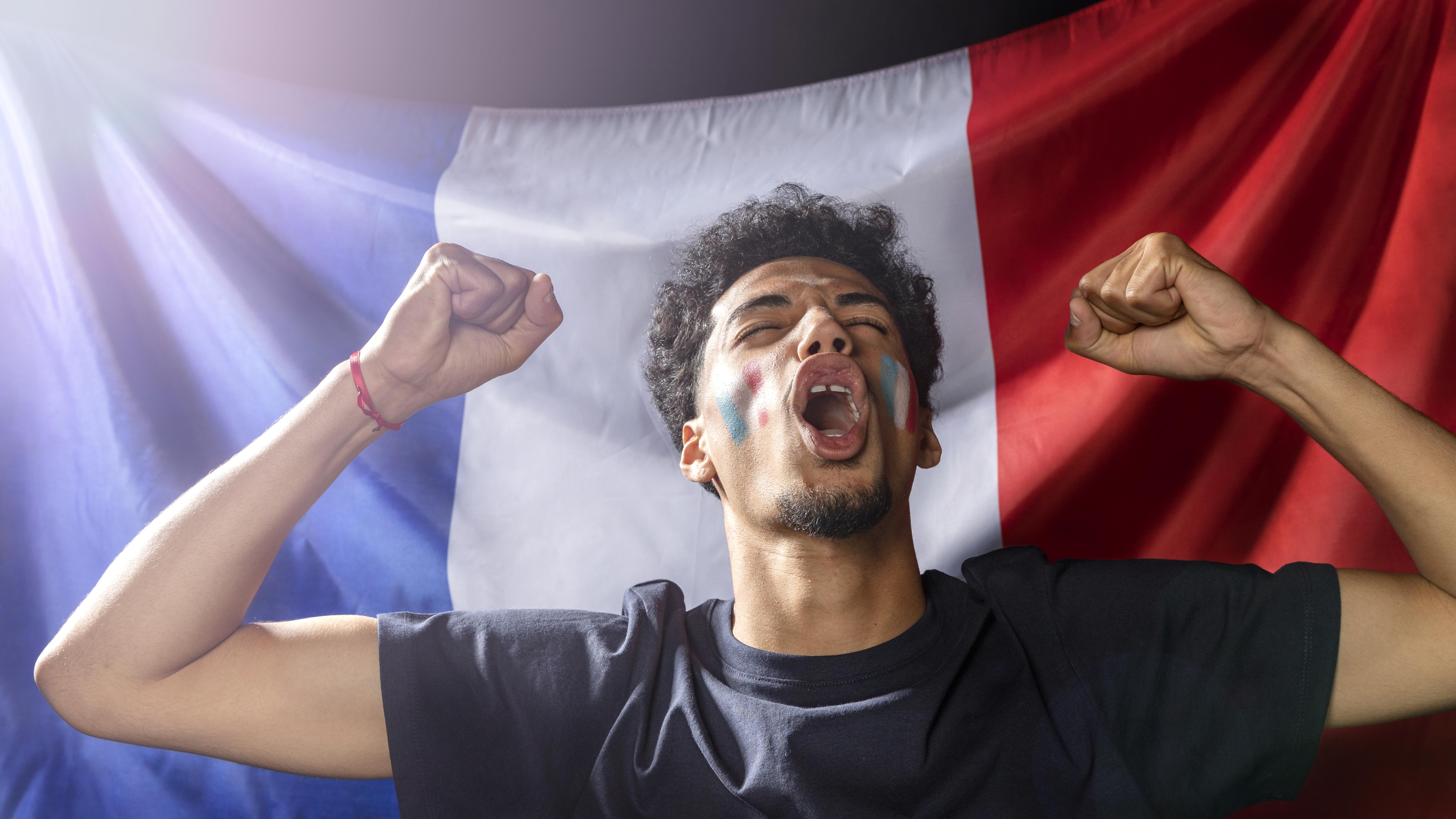 Kylian Mbappe is a professional French soccer player who plays the forward position at Paris Saint-Germain and France’s national team. Mbappe is known for his speed, dribbling, and one-on-one skills. He began his career at French club Monaco before a high profile move to PSG, where he has stayed since. On the French national team, Mbappe has already won the FIFA World Cup and UEFA Nations League titles.

Kylian Mbappe Lottin grew up in Paris, France, and while he went to a private Catholic school in the French town of Bondy, many of his teachers claimed him to be a talented but unruly student. Mbappe grew up watching AC Milan as his family were fans of the historic Serie A side, while he was a fan of Real Madrid. Later Mbappe would reveal he loved watching Zinedine Zidane, Ronaldo Nazario and Cristiano Ronaldo.

As a boy Mbappe played for AS Bondy, a team coached by his father. At Bondy the future French World Cup winner was praised for his dribbling and finishing skills. Mbappe also played on teams that were much older than his age group and his talent was undeniable.

Early Years and Start of Career of Kylian Mbappe

Mbappe’s great talent eventually had him move to the Clairefontaine academy, where his skilled play and impressive explosiveness caught the eye of clubs like Real Madrid, Chelsea, Liverpool, Manchester City and Bayern Munich. Mbappe was asked to train with the Real Madrid U-12 and visit the club. At 14, he was given a trial at Chelsea but eventually chose to start his career at Monaco.

After signing his first pro contract with Ligue 1 side Monaco, Mbappe began his career at 16-years-of-age, and would score his first pro goal in a 3–1 win over Troyes at the age of 17. Mbappe began showcasing his great talents in his second season at the club scoring 26 goals in 44 games. He recorded his first hat trick against Rennes in the Coupe de la Ligue round of 16 in a 7-0 result.

At 18 years of age, Mbappe scored his first Ligue 1 hat trick against Metz, becoming the youngest first team player to score a hat trick since 2005. Mbappe showcased his talents in that season’s UEFA Champions League, especially in a match against Manchester City. In the end he would help Monaco win Ligue 1 for 2016-17 and finish runner up in the Coupe de France.

Entering the 2017-18 season, Paris Saint-Germain saw the striker’s unquestionable talent and were able to get him on loan with an option to buy. Mbappe would join a team full of stars, including Uruguay’s Edinson Cavani and Brazilian Neymar. That first season with PSG the gifted French forward would win yet another Ligue 1 crown.

The following season PSG activated Mbappe’s purchase option and he became one of the most expensive teenagers, as well as the second most expensive player in the world, as his transfer fee was in the range of €145 million plus €35 million in add-ons. Mbappe’s numbers only continued to improve at PSG with his best season coming in 2020-21: he scored 42 goals in 47 games.

Last year Mbappe was the subject of a lot of transfer talks to Real Madrid as he was coming up on his contract year. Despite the French club signing Lionel Messi, and having Neymar and Mauro Icardi, it was Mbappe who carried much of the attacking weight at PSG. Mbappe would finish the season with 39 goals in 46 games.

In his 5 years at PSG, the French superstar has scored 171 goals in 217 games. Mbappe has helped PSG win 11 championships and came in second in the UEFA Champions League in 2019-20.

Despite a huge push by Real Madrid to sign him in the summer, Mbappe decided to stay at PSG until 2025 by signing a new contract. On France’s national team, the striker is the nation’s biggest star.

Kylian Mbappe earned his first cap for France in 2017 against Luxembourg, and scored his first goal on his fifth cap against the Netherlands in the Stade de France. The 2018 FIFA World Cup in Russia it was Mbappe’s coming out party.

Mbappe and the French National team

France would become World Cup champions in 2018, and on their way to soccer’s biggest prize, Mbappe scored against Peru, played his best match against Argentina in the round of 16 scoring two goals, and added one in the exciting final against Croatia.

After winning the FIFA World Cup, France would go on to win the UEFA Nations League 2020-21, where Mbappe scored four goals. In a total of only 57 appearances for France, Mbappe has scored 27 international goals. The striker has collected a total of 14 titles between his career with Monaco, France, and PSG.

How Much Does Mbappe Earn per Year? Club and Sponsors

Mbappe is reported to earn a salary of roughly 20.7 million euros annually. His new PSG contract has raised his salary tremendously and it also coincides with new sponsorship deals that increase his net worth.

The PSG star also earns around $13 million yearly from endorsements with Nike, Video Game company EA Sports and Hublot. For the 2022 World Cup, Mbappe’s public image will only increase as he is one of the faces of the tournament.

What Other Businesses Mbappe Has, or Has Invested in?

As of June 2022, Mbappe became an investor and ambassador for the NFT fantasy sport platform Sorare. He is also a partner in the Sports agency WME, and he founded Zebra Valley, a content creation agency that focuses on sports, music, art and many other topics.

What Are Kylian Mbappe's Biggest Achievements?

Despite his young age, the French forward is one of the most decorated soccer players in his age group. Having won the World Cup already, he has dominated Ligue 1 with both Monaco and PSG. Here is an overview of some of his individual achievements.

Mbappe is clearly one of the up and coming soccer players today, he along with Manchester City’s Erling Haaland are poised to be the soccer stars of the next decade. They will surely take the place left behind by Lionel Messi and Cristiano Ronaldo.

Watch the best highlights from one of PSG’s and the French national team’s biggest stars on The Highlights App! Sign up to the waitlist to be the first to know when the app is available.