Carlos Alcaraz has emerged as the most promising tennis player since Rafael Nadal, Roger Federer, and Novak Djokovic. Get to know more about the Spanish sensation here.
Journalist
8 min.
Monday, January 16, 2023
/
Updated
12/5/22 14:36 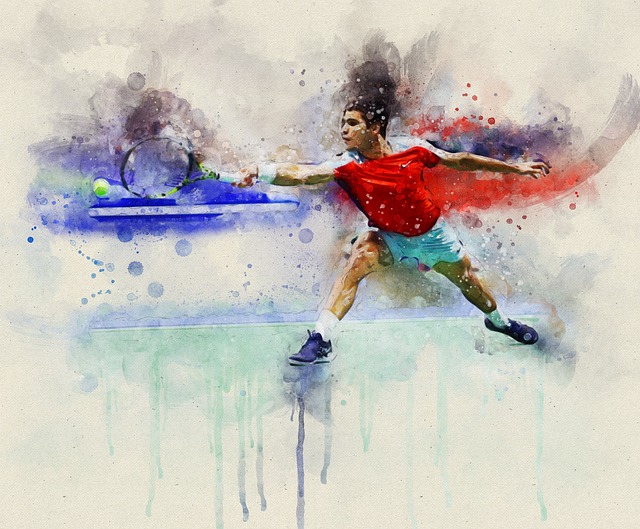 Many thought it would take years, maybe decades, for another tennis player to get close to what Rafael Nadal, Roger Federer, and Novak Djokovic meant to the sport this century. But their successor seems to be here, and his name is Carlos Alcaraz. Let’s take a look at his story.

Carlos Alcaraz is a Spanish professional tennis player born on May 5, 2003, who has already made an impression at the ATP World Tour. He is seen as a generational talent poised to dominate the sport in the years to come.

Born on 5 May 2003 in El Palmar, the most populated village in Murcia, Spain, tennis became a part of Carlos Alcaraz’s life since he was a kid. His father had also been a professional tennis player in Spain, so Carlos, the youngest of three brothers, dreamed of following his dad’s footsteps.

In fact, Alcaraz started to play tennis at the Real Sociedad Club de Campo de Murcia at only four years old. As he grew up, Carlos admired Spanish superstar Rafael Nadal, who was in his prime while Alcaraz made his first steps.

Eventually, his father thought it was better for him to have an agent. Therefore, Albert Molina started to work as his representative when Alcaraz was just 12. Three years later, he joined Juan Carlos Ferrero's Equelite JC Ferrero Sport Academy. Ferrero, a former Roland Garros winner and world No. 1, has been Alcaraz’s coach since then.

Alcaraz turned pro as a teenager. After playing challengers, he made his debut in the ATP Tour, at only 16 years old, at the Rio Open in February 2020. Only a year later, he would continue to show his potential.

At the age of 17, Alcaraz made it to the main draw of the Australian Open, making him the youngest participant in the men's singles event. His debut was victorious, though he couldn’t make it past the second round. The Spaniard also made an impression at home, becoming the youngest match-winner in Madrid Open history.

2021 was a breakout year for the rising talent. Alcaraz won his first ATP title in July 2021 at the Plava Laguna Croatia Open in Umag, beating Richard Gasquet in straight sets. The 18-year-old Alcaraz became the youngest champion on the tour since 2008, and also the youngest Spanish champion in 17 years.

While tennis experts and diehard fans had already noticed his progress, it’s safe to say the world didn’t get to know Alcaraz until the 2021 US Open. By reaching the quarterfinals, Alcaraz set a record for being the youngest quarterfinalist in Flushing Meadows during the Open Era. An injury forced him to pull out against Felix Auger-Aliassime, so it’s fair to wonder whether Alcaraz could have made it further.

A Year to Remember

On the wheels of a great year, Alcaraz continued to make progress to take his game to the next level in 2022. Though he lost to Matteo Berrettini in the third round of the Australian Open, Alcaraz bounced back with a victory in Rio de Janeiro, becoming the youngest winner of an ATP 500 title.

But he quickly proved that wasn’t his ceiling. Alcaraz emerged victorious at the ATP Masters 1000 in Miami, beating Norway star Casper Ruud in great fashion. With that triumph, he became the third-youngest player to win an ATP 1000 event.

There’s something we haven’t talked about that much so far, and that is his incredible rise on the world rankings. Alcaraz entered 2021 below the top 100, but he was already inside the top 50 after his US Open campaign. His triumph in Miami saw the Spanish tennis player reach world No. 11.

Alcaraz continued to extend his string of good results at the Barcelona Open, later making history at the Madrid Open. Alcaraz pulled off a shock by beating Nadal and Djokovic in back-to-back days, becoming the youngest player to defeat the stars in the same event. He capped it off in great fashion, defeating Alexander Zverev in the final. But the world was about to see even more from Alcaraz.

He built off his previous successes to win a Grand Slam for the first time at the 2022 US Open. In a highly anticipated final against Ruud, with the world No. 1 at stake, Alcaraz won in four sets to become the youngest Grand Slam winner in 17 years—Nadal had done it at the 2005 French Open.

The Spanish tennis player also became the youngest and first teenager to be world No. 1 in the history of the ATP Rankings at the age of 19 years.

What Alcaraz has already accomplished is extremely impressive, taking into account he still has an entire career ahead of him. Apart from winning six ATP titles, he also set incredible records for a player of his age.

Carlos Alcaraz has made fantastic progress in world tennis, proving he might be the superstar who will dominate the sport in the next decades. He’s already world No. 1 at 19 years old, now we have to see for how long he’s able to stay at the top.

Don't miss the latest news about Carlos Alcaraz and tennis with The Highlights App. Sign up for the waitlist to be the first to know when the app is available.